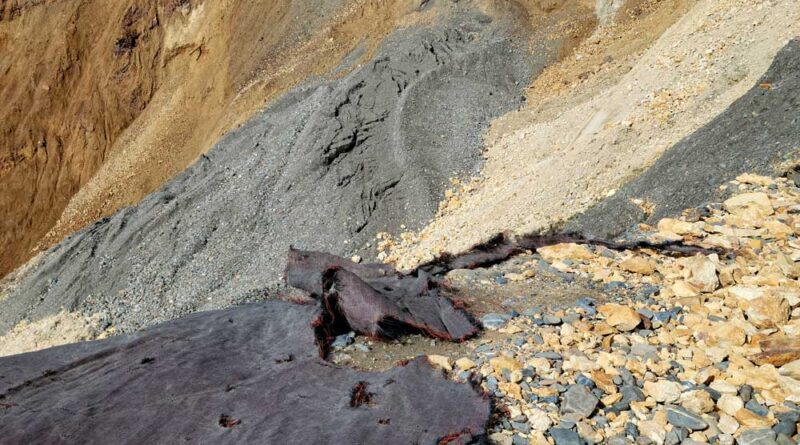 Normally, DCC spends a bit of our annual meeting reviewing the organization’s work over the past year. We are a grassroots conservation organization, and we know our members care about how well we are representing them. So here is a brief overview of our work since the 2021 annual membership meeting.

Like everyone else at Denali, our attention was dominated by the ongoing crisis at Pretty Rocks which has now closed the park road through the 2024 season. We communicated extensively with NPS regarding the logistics of managing the park road during the closure, and commented on the Environmental Assessment for the proposed NPS/FHWA solution of building a bridge over the slide. After much discussion, we ultimately supported the bridge proposal with caveats.

We challenged the NPS rock scaling project on the cliffs above the park road east of the Toklat River. We are hoping the scrutiny the project received will inform future NPS decisions about similarly intrusive and disruptive projects, and serve as an opening salvo against the expanding use of categorical exclusions for NEPA compliance.

After the Alaska Board of Game instituted hunting rules specifically designed to reduce predator populations including areas within the National Preserves, the National Park Service promulgated its first hunting regulations for the Preserves to outlaw some of the State-authorized practices. The Trump administration then reversed course in 2018 to bring federal rules in line with the State. DCC joined others in the conservation community in a still-unresolved lawsuit to void the Trump rules, led by the Trustees for Alaska. We continue to follow this legal case, and along with others have encouraged the Biden administration to simply reverse the Trump-era regulation so that NPS can appropriately protect wildlife in the Preserves.

DCC participated in the initial NPS effort to define future trails and camping areas in the Nenana River corridor area between the Parks Highway and the River. We are enthusiastic about the proposed multi-use trail, neutral on the riverside hiking trail, skeptical of the campsites, and opposed to motorized winter trail grooming. We particularly highlighted the importance of the area for wildlife movement between the Yanert Valley and the park.

The nightmare road construction zone around the park’s southern entrance this summer is the result of something we and others asked for over 10 years ago. Unfortunately the final project design did not meet our goals, and we have been actively communicating with Alaska DOT&PF about improving the pedestrian safety components of the project.

DCC was an invited participant in the “Planning and Environmental Linkages” study for the Parks Highway between Summit and Ferry. The Alaska DOT&PF-led study identified transportation and access improvements to guide future work. DCC particularly emphasized the need for bicycle and pedestrian facilities and safety and hiking access.

We kept our members informed about Golden Valley Electric Association’s consideration of closing or retrofitting the Healy 1 coal-fired power plant, and the surprise decision to close Healy 2 while retrofitting the older plant.

We hosted two forums over the past year, one with Superintendent Don Striker (before his departure) and other members of the NPS management team, another with Denali Borough Mayor Clay Walker. These forums are a great opportunity for members to interact directly with people who make decisions about the lands and waters we love.

As always, we try to keep our members updated on key issues and public involvement opportunities through our website, Facebook page, and e-mailed member alerts. How are these tools working for you? While we know that some members miss the printed quarterly publication, we don’t have the capacity to produce that at present. But we would like to make the electronic tools as useful as possible. Let us know what we could do better!

What should we be paying attention to?

DCC relies on its members to alert us to developing issues. What should we pay attention to over the next year? Let us know at dcc@denalicitizens.org.