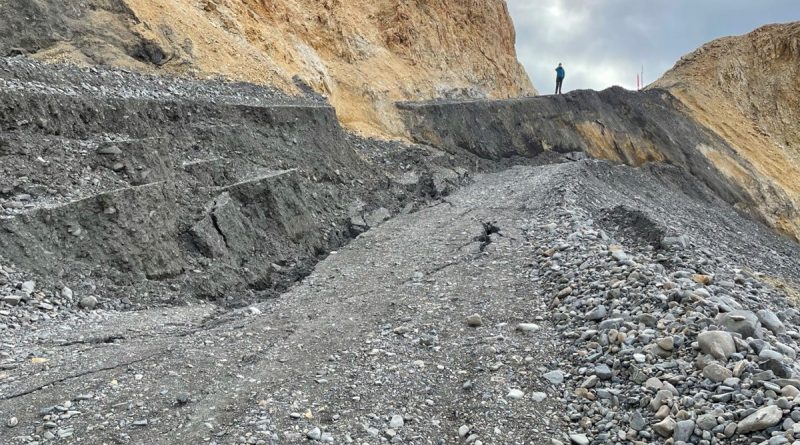 What: Planning for “Polychrome Area Improvements”

As most of our members know by now, the National Park Service has announced that the Denali Park Road will be closed to visitor traffic at the East Fork bridge (mile 43) for the entire 2022 season because of the rapid movement of the landslide at Pretty Rocks.

At a public meeting on October 14, NPS Deputy Superintendent Brooke Merrell indicated that NPS has settled on a plan to construct a bridge over the landslide, but that even an accelerated construction timeline will mean the road is likely to remain closed at East Fork through most or all of the 2023 season. Because the road closure is perceived as a crisis for Denali and Alaskan tourism, NPS and its partner – the Federal Highway Administration (FHWA) – are moving rapidly to complete the bridge design and related environmental compliance.

NPS is preparing an Environmental Assessment for these actions under the title “Polychrome Area Improvements,” to be released for public review in January with a strict 30-day comment period. Currently NPS plans for the EA to address both the building of a bridge (Phase 1) and a few projects at other Polychrome locations, notably Bear Cave (Phase 2). View NPS’ current ideas on their Polychrome Plan page.

Submit your own comments to the NPS Planning Website link below

We are interested in your thoughts as well. Please write us at dcc@denalicitizens.org