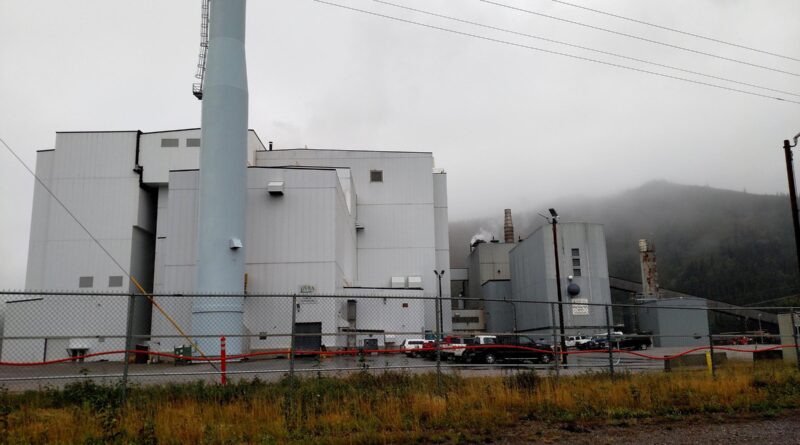 The Golden Valley Electric Association board is facing a Dec. 31, 2022, deadline on whether to decommission the 28-megawatt coal-fired Healy Unit 1 power plant, or retrofit Healy Unit 1 to add additional emission controls to cut pollution. The decision is mandated by a consent decree established in a 2012 legal settlement between GVEA and the federal Environmental Protection Agency, which allowed GVEA to retrofit and operate the adjacent 60-megawatt Healy 2 plant.

After two public member meetings, the plans are as clear as mud.

At the first meeting held in Healy on May 16th, about 30 GVEA members testified that the power plant should remain operational with the retrofit. Many power plant employees vouched for the reliability of Unit 1 since 1967, as well as the reliability of a coal-fired power station adjacent to the mine which supplies its fuel. Other locals cited socioeconomic factors from the potential job losses if Unit 1 closed. Approximately 70 employees work at the Healy Power Plant, and shutting down Unit 1 could impact at least half of them. In general, people also commented on the economics: Usibelli Coal Mine General Manager Alan Renshaw pointed out that since last year, the cost of natural gas quadrupled and fuel oil doubled, while the coal prices have stayed the same.

Denali Borough Mayor Clay Walker praised Unit 1 for its tried-and-true dependability, saying it warrants investment, and closing it would put the community in a vulnerable position. “Let’s not shoot ourselves in the foot,” he said.

Later in the week a meeting in Fairbanks heard more than 40 voices from the northern part of GVEA’s service area, as well as a few from Healy. Those testifying in Fairbanks demonstrated more of a split opinion, with some arguing in favor of expanding renewable energy rather than preserving Healy Unit 1, citing climate change and the air quality problems associated with increasing inversions notable in wintertime. One member pointed out that with electricity coming from fossil fuels, making personal behavior changes to decrease one’s carbon footprint won’t matter. Driving an electric car in Healy literally means it’s powered by coal.

What was missing from both meetings was information and transparency from GVEA about all the options.

Insufficient information to understand the choices

In order to comply with the consent decree, one of GVEA’s suggested solutions is to retrofit Healy Unit 1 with a selective catalytic reduction (SCR) system. The system would be eight stories high and be built next to Healy Unit 1. It would reduce nitrogen oxides emissions by 80-90 percent, but carbon dioxide emissions would be unaffected. The system would cost $30 million, but no information was presented about the costs to operate and maintain it.

GVEA says it has spent 18 months modeling and evaluating more than 100 options and scenarios with employees, consultants, and the board including decommissioning, the SCR retrofit, and others. However, company representatives didn’t provide specifics about alternatives beyond the SCR retrofit, nor any cost figures for replacement power.

According to District 7 Board Member Todd Adams, the 100 scenarios were presented behind the closed doors of executive sessions, and can only be released to the public by the board in a consensus, which isn’t happening at this time. He said several board members requested tweaking small components of the data to compare the scenarios to see if the modifications change the ranking of the options. GVEA affirms that no decision related to the consent decree has been made yet.

Ninety-eight percent of GVEA’s electric generation comes from fossil fuels. According to GVEA, shuttering Unit 1 would reduce carbon emissions by less than 2 percent in Alaska. Because of its close proximity to Denali National Park and Preserve, air quality is a huge legal concern and emission limitations are some of the strictest in the nation. The park is one of four Class I airshed designation areas in Alaska, and the only Class I national park in the state. This designation grants the strongest air quality protection offered under the 1977 Clean Air Act. The air quality monitoring program in Denali, however, does not directly measure or attribute airborne contaminants to their sources.

Unit 1 with its 28 megawatts of capacity represents only a small fraction of GVEA’s 381.5 megawatt total generation potential, although the plant’s relatively high reliability does mean it provides more than its share of actual power production. Since its installation in 1967, GVEA says Unit 1 has had historically fewer problems than the newer Healy Unit 2. Thanks to being able to utilize coal from nearby Usibelli Coal Mine to power the grid, GVEA claims Unit 1 provides the cheapest power in the utility’s portfolio. In general, customers in the Interior of Alaska pay 10 cents more per kilowatt in electric rates than the national average.

Again, no decision by GVEA has been made, but there are only a few months before they need to settle on one. Whatever plan they choose needs to be implemented by December 2024. At the meetings, GVEA did reiterate its goal of reducing its greenhouse gas emissions by 26 percent within the next 10 years but did not articulate how its decision on Healy Unit 1 contributes to reaching that target.

If you haven’t submitted comments, e-mail them as soon as you can to PR@gvea.com, as well as to Todd Adams, GVEA’s District 7 Board Member at tmadams@gvea.com.

For background, you can see DCC’s last statement on this project from 10 years ago at this link. Also check out GVEA’s project website, which includes recordings of the public meetings and links to news articles.