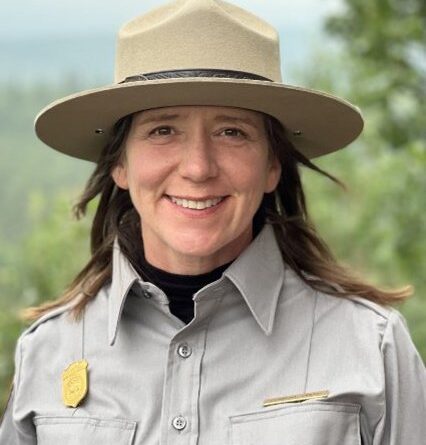 DCC is delighted to welcome new Denali Superintendent Brooke Merrell to our annual meeting. The National Park Service announced Brooke’s appointment on July 22. She has been at Denali as deputy superintendent or acting superintendent since January of 2021, so she is already familiar to many DCC members. We are hoping to schedule a separate meeting just with her in the near future, but we are delighted that she will be able to make a short appearance at the meeting on the 28th.

There are several sources of information about Denali’s new superintendent if you are interested in learning more about her.

The NPS press release announcing her appointment has many biographical details. We are particularly impressed that she has graduate degrees in both law and planning.

The Anchorage Daily News published an article emphasizing her groundbreaking role as Denali’s first female superintendent. ADN does require a subscription to access content behind their paywall.

The show “In Depth Alaska” recorded an interview where Brooke describes her upcoming priorities.